“Ah, Sovereign LORD, you have made the heavens and the earth by your great power and outstretched arm. Nothing is too hard for you.
Jeremiah 32:17

We prayed we would make it through this first year without a major illness. The Lord had other plans; Mighty is His Name! May He be glorified in this plan....
Augustus has RSV. RSV in an adult generally just shows as an icky cold but in a baby, even a healthy baby, can be very serious. For Augus﻿tus it is a very bad deal. It attacks by making very thick mucous that creates a plug and makes breathing very difficult. Since Gussy already has a very hard time clearing secretions this becomes a problem very quickly. We serve a mighty God though, Amen?
We were admitted into the hospital yesterday afternoon for observation. It became apparent very quickly it was needed. By around 8:00 last night our sweet baby boy took a turn for the worse. He is now very ill and getting worse and worse. He is now going to the last level of support that can be given here at Kadlec. The next step is intubation and a transfer to Seattle. He had more than one episode last night that almost lead to a crash. They are very concerned because day 4-5 is generally when it gets really bad. Last night was night 2. We are coming into day 3 and he is stable for now. We need prayer. This is a very serious illness that takes healthy infants home to their Savior. Our God is mighty to save though! His plan for Augustus goes far beyond this. I believe he will be healed! I also believe fully in the power of the One who saves Name in prayer! So we ask you again to storm the gates with us with prayer. We have some specific prayer requests.  We are asking for complete and total healing. Also for healing for the rest of the children who are also pretty sick. Lily and Annie both woke up last night with a cough that made it very difficult to breathe. Luke almost took them to the ER but both stabilized after sitting it the cold air outside a bit.  We are also praying that God will be glorified through this and that we will all have peace in our hearts as we wait.
We have some big praises in all of this and I want to be sure everyone sees those as well.  God loves to show us how much He cares for us and is in control, Amen?  Yesterday morning, before anyone, including us, knew Gussy was sick, an anonymous money order, from the Lord on high, was left in our mailbox for enough to cover time off of work this week. It wasn't even a need we were aware of. Once again the Lord makes it possible for us to take time off of work and not have to use savings at all. Praise Him!
My mom was able to come quickly and help with the children as we balance a house full of sick children with one away from home. Praise Him!
I have not gotten sick at all, so I have strength to go on each day and loose sleep without a major hardship. Praise Him!
He is good! We would appreciate beyond words any prayers said on our family's behalf.  Love to you all!
Living in His Mercy,
The Tannehill's
﻿
Posted by Melissa .T. at 7:36 AM 3 comments: Links to this post

My Love and I 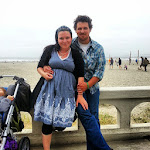 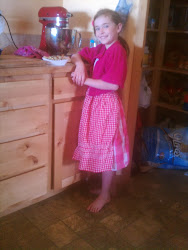 She loves all things "Old Fashioned". 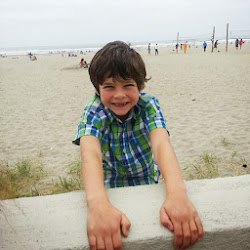 He loved his time in Seaside! 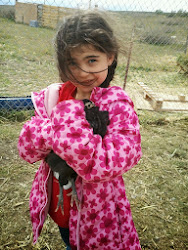 Annie loves all animals. She's lovin' on a chicken 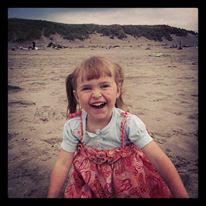 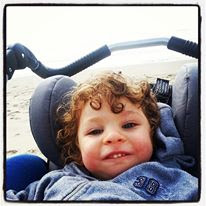 Getting so big and loving his beach time!

My "Beatrice" and "Sawyer"

SOON to be home from Eastern Europe!

Melissa .T.
Washington
This is the journal of a women who has made up her mind to trust God in every area of her life. I struggle and I fall but the Lord is His unfailing love lifts me back up. He has blessed me with a husband that I love dearly and five beautiful children. Our youngest has Cerebral Palsy. The Lord is teaching us much. There are tasks that the Lord has given us that I struggle with. We believe in home. We learn at home. We play at home. We grow at home. Our hope is to turn this homestead of ours into a place where we can live off of nothing but the good Lord's mercies. These are the accounts of my daily struggle to put ALL of my trust in the Lord my God.